For the second time in less than two months an American trained Rebel unit has been intercepted in Northern Aleppo according to multiple sources within Aleppo. This appears to be just the latest failure in a series of problems plaguing the troubled US “train and equip” mission.

Division 30 and the “Atareb Rebels”

This past weekend several reports claimed that a US trained group going by the name of “Atareb rebels” had crossed into Syria. The group comprised of 75 fighters was quickly intercepted and detained by the Turkish supported Shamiya Front. On the 21st of September several sources including Jabhat al Nusra (Nusra) members indicated on twitter that the group had handed over their weapons, ammunition and vehicles to Nusra to “atone for the sins” of training with the US. Today Jabhat al Nusra members began posting images on Twitter of weapons it claims to have taken from the unit. 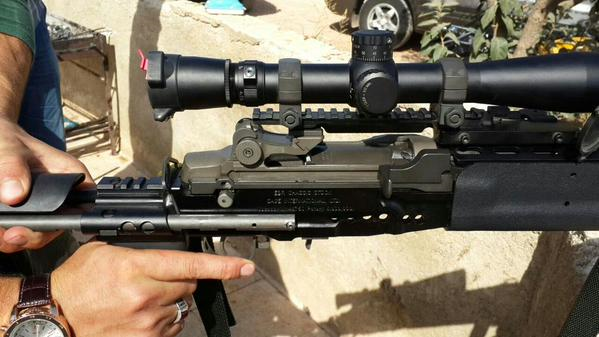 Interestingly Twitter shut down many of the accounts initially announcing the seizure of weapons from the US trained rebels (like the one above). It is unknown if this was at the request of the government or due to the fact they were accounts directly linked to Nusra.

The leader of the US trained group, Anas Obaid, reportedly told Nusra he had deceived the US in order to obtain the weapons and pledged to issue a statement declaring his abandonment of the US project. It is impossible to know if these are simply the words of an individual staring down the barrel of a gun or if this was his true intent from the start.

Last month Pentagon officials were reportedly “shocked” when the AQ affiliate in Syria, Jabhat al Nusra, attacked the US trained and equipped Division 30 in Aleppo; kidnapping many of its members. The spokesperson argued the attack had been “unprovoked” by the group.  This is a bit of a stretch given the US and coalition forces have been bombing Nusra targets throughout Syria for nearly a year. 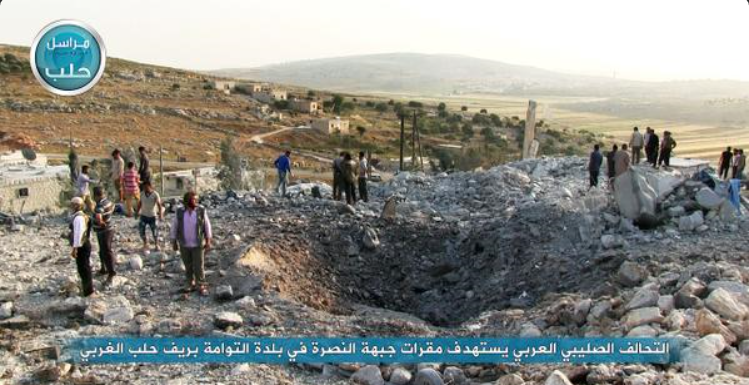 From Nusra’s perspective they likely feel highly “provoked” and thus the targeting of newly US trained rebels last month, and again on Monday, is a predictable consequence. Ironically a chorus of analysts have called into question the logic of putting US trained troops of such small number into Syria. Nusra has thousands of fighters in Idlib and Aleppo and have repeatedly demonstrated a strong intelligence network. Conversely the operational security around the US trained rebels has been porous and the groups could be tracked entering Syria by anyone with a twitter account. 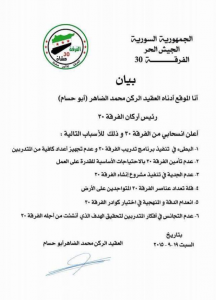 In a statement released this past week the chief of staff of Division 30, Colonel Muhammad al-Daher, quit the Train and Equip program citing a number of program failures. It is hard to envision how the impact of his departure along with several critical failures (noted below), will not cause the demise of the program.

While targeting Nusra is justified as long as it continues to affiliate with al-Qaeda, this will continue to complicate any attempts to put small poorly supported groups on the ground. As US policy drifts towards engagement with Russia and refuses engagement with groups like Ahrar al Sham (seeking dialog) it is likely to diminish the potential of any US Train and Equip mission moving forward. This will also result in further engagement with extremist elements by moderate groups in order to advance movement in the region. Nusra’s role in the capture of Idlib province and the stability of the northern Aleppo corridor with Turkey is well documented. It is ironic that without Nusra, the Islamic State would have captured much more of Syria than it currently holds. However Nusra’s hold on the territory is entirely dependent on cooperation with groups that may moderate their extremist nature. There are numerous examples of moderate rebel units cooperating with and pushing back against Nusra when appropriate.  It is these moderating elements that pose the greatest potential for stabilizing the conflict in the region and ensuring the Nusra and ISIS’ hold is contained.

Given all the recent failures and the newly disclosed loss of yet another US trained rebel unit there are few conceivable scenarios by which US trained rebels will be allowed to operate effectively in Syria. Continuing to do so would not only put rebel trainee lives at risk but could also embarrass the US Government were another misstep to occur resulting in the further loss of military equipment to extremist actors.

Jeff Weyers is a Senior Analyst with iBRABO and a researcher with the Tactical Decision Making Research Group at the University of Liverpool.